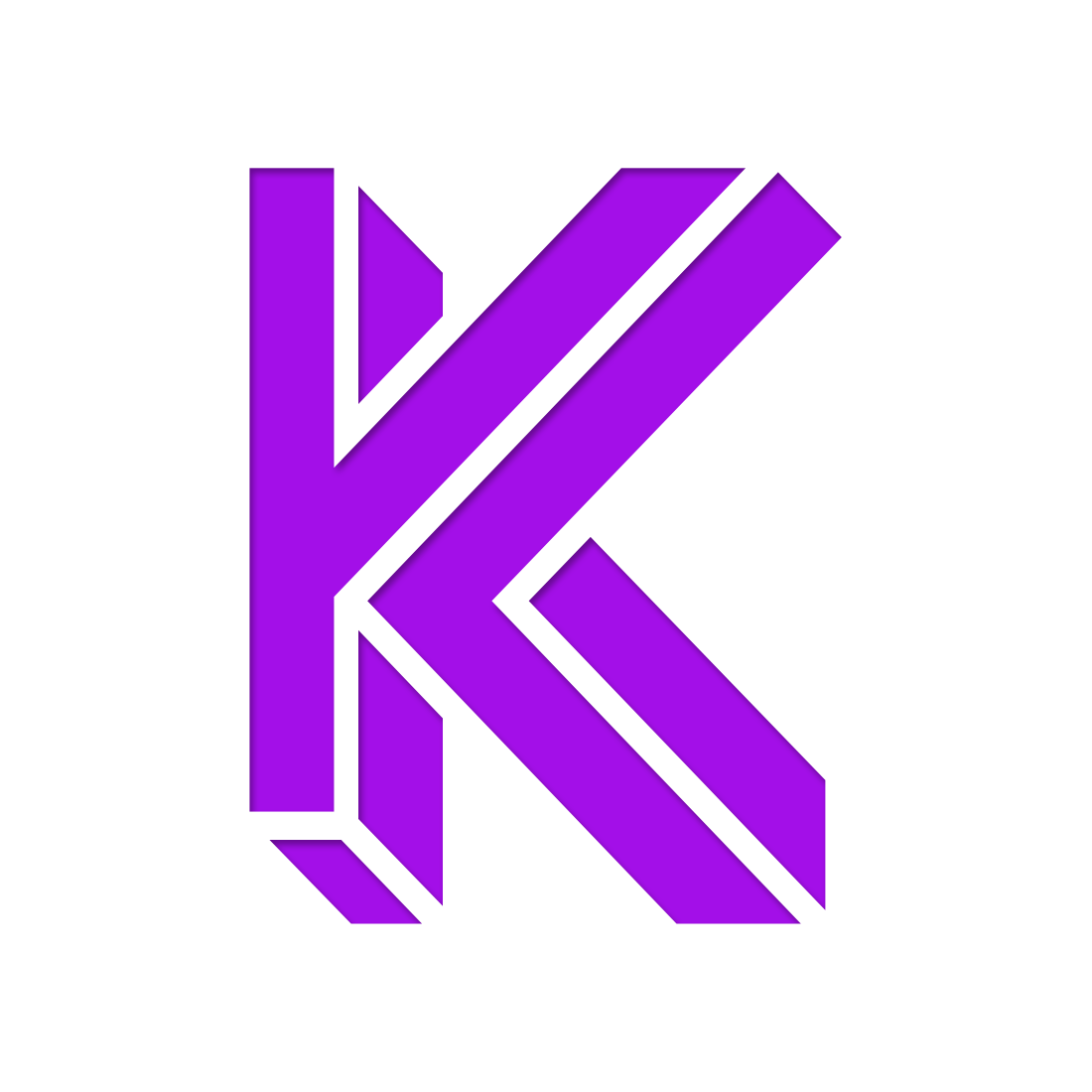 Join us Dec.22nd as we return to the Clansmen rugby hall as we continue on our “On the road to Astral Harvest series”

Nineca
Nineca is a Vocalist Vox Sampler. People call her an MC but she is far from an MC. She is a vocal goddess oozing freestyles, beats, melodies and rhythms in one sweet package. She can Get Up with Anyone and Get Down with Anything. Her vocal Range is almost 3 octaves and her style is wide open. Her improv skills enable her to come up with lyrics and melodies perfectly matched to the song in question. The creation of unlimited sounds comes form her wild imagination, acting experience, and magical flow. Nineca is also a percussionist, and studied piano as a kid. She is also a singer( in Spanish and English) song writer with her classical guitar. She has a passion for playing most any instrument through intuition. Nineca has been exposed since a child to Reggae, Classical, Pop and Folk. Whilst growing up, she went adding Rock, Folk, Alternative, Metal, Experimental, Electronic and any other genre she liked. She has been performing since 4 yrs old. Artists say she is unique in her seamless precise ability to be in the moment with exactly the right melody, words and timing in an improv collaboration. Things get serious when she writes and produces alone or in a collaborative effort. She has worked with DubPistols, Spiral Architects, Blue Lunar Monkey, Govinda, Nada Deva, Collective Vision, Drkwtr, Kundalini Rising, Remo de Janeiro, Theo Tsu, Popa Squats, Bill Bourne, Bardic Form, and more. She has a second career in Makeup Art/Hair Design, Production Arts and Health Facilitation. She has studied Film Direction and got to try it out, she loved it, and is very good at it.
Music, is her favorite though!
www.reverbnation.com/nineca

Beat Burglar
Over the past 12 years, Beat Burglar has played a plethora of music at various festivals and venues across western Canada. He has crafted a unique musical style, incorporating elements of turntablism, funk, soul and disco deeply rooted in hip-hop, breaks, trip-hop and house. Regardless of the hour, Beat Burglar’s taste helps create a kickin’ dance floor built on a foundation of fun times and juicy tracks.

Mr.Wedge
A good buddy to the electronic music and the festival scene, Mr. Wedge is a veteran DJ, having moved bodies and booties for over 15 years behind the decks. All the while, tantalizing dance floors at places like Y Afterhours, Blackdog Freehouse, Mad Hatter Festival, Motion Notion Festival, Astral Harvest Festival and Level 2 where he was a resident DJ for many years. Our clever Clifford is classy with his skills and believes heavily in the importance of the art of mixing and proper programming. Always creating unique and interesting dance experiences through combining his favourite genres such as; house, tech house, techno and deep house, Mr. Wedge calls the end result: “technical house grooves”. As technically sound as it may be, his style is deep, smooth and moving. Promoting a beautiful side of music and all the connections it brings to people wherever he goes, Mr. Wedge is extensively involved in the local Edmonton music scene, that extends from the well equipped DJ paradise in his basement (where he broadcasts a live show every Sunday evening on LoveFire.ca Radio), to some of the best attended dance events in town with the Wheelhouse Productions crew. Family is a big part of the scene for Mr. Wedge, having thrown events since 2002, he has been behind several successful family oriented charity BBQs such as “Pumpkin in the Park” and “Synchronize”. Being involved in family oriented non-profit events are important to him as much of his inspiration as a DJ and in life come from his 2 young children. His musical tastes are influenced by the styles of Justin Martin, Steve Bugg, Green Velvet & Dirtybird, however, Mr. Wedge’s talents transcend genres. His humour and playful nature translate through the music into a fun, transcendent feeling on the dance floor. Dancers will feel revitalized, happy and fortunate to have been in the presence of his artistry as a DJ.

Mistress Mangladesh
A black wax purist and enthusiast hailing from Edmonton, Lindzie has been honing her skills into the decks and the underground scene for over 10 years. With an infinite love for techno, minimal, house and disco, she draws from a wide array of tastes in her endless search of the phatest tunes just to get your body moving and your heart grooving.

Opaque
Over the past ten years, OPAQUE has refined his collection to span many styles while still staying true to his roots of funky, sometimes dirty and always groovin’ electronic music with a splash of weird thrown in for flavour. He comes equipped with a heavy bag of vinyl and a head full of experience both as a lover of music and as a DJ.

Rapper/MC from the YEG, Michelle, AKA Thug Shells, is the bubbliest gangster western Canada has to offer.

Since picking up her first microphone last summer, Thug Shells has swept western canada by storm creating a name for herself as a conscious hip hop artist and weaving her way into the Canadian festival scene.

This summer she graced the stages of Reighn Bough Fiddle, Astral Harvest, Motion Notion, Electric Love, Fozzyfest, Shambhala, and more. Currently Thug Shells is overseas recording her FIRST album with her favorite producer in Spain, Shade K. This will be her first show back in Canada!

With meaningful funky lyrics paired with an effervescent energy, Thug Shells will be sure to throw a smile on your face and a wiggle to your bum!

Transcending a multitude of genres, Thug Shells is happiest throwing down over breakbeats. Teaming up with K-Stylez’ bouncy, booty breaks whenever possible.

Come see these ladies in action, it´s unlike anything you´ve MCeen before !
K-STYLEZ
*NiteOwl YEG*

Since Kelly has started spinning records, her love for music always shines through during her sets! Starting off her career in the harder genres, she has found a love for dirty, filthy, break beats!
K-Stylez has recently paired up with an amazing YEG female MC called Thug Shells! With Thug Shells LIVE unique and funky lyrics and K-Stylez’ bouncy, booty breaks, this female duo is like no other. You don’t want to miss them in action.
K-Stylez is also one half of the YEG duo NBK – Natural Born Killers with DJ MAHoney. Their energetic sets are a mix of breaks, dnb,
g house and bass house and they will make it impossible for you to not move your ass on the dance floor.
Kelly first graced the decks at Twilight Afterhours in 2004 and for the last 14 years, has made a name for herself. She can be seen bangin’ out the best breakbeats, new and old, all around the city and at many summer festivals
This former Level 2 Lounge resident has recently opened for acts such as Neighbour, Stickybuds, Plump DJs, D Funk, and many more.
Known for her fast paced, pounding, soul shaking basslines, powerful vocals, and high energy sets, she is sure to get your feet moving and your ears begging you for more! No Matter what K-Stylez is playing, you won’t be disappointed!

A very long time ago, in a galaxy far, far away, there was a KILONOVA… ! A massive explosion created by the merging of two neutron stars… producing, not only the elements of Gold and Platinum, but also the brightest known Gamma-ray bursts in the universe… BAM!
130 million years or so later… we humans located it’s specific gravitational wave frequencies and pointed all of our “looking glasses” into our very ancient past.. there we observed the splendour of a full-on, old-school KILONOVA! Proving, that light and sound truly exist in the “now”… whenever you may be!
KILONOVA.productions brings you timeless, galactic, bass music using an alternative tuning of A=444hz, which brings 528hz into the C key. Known as a whole tone or “The Key of David”, it is far more than a frequency, it is the master key! As a tonic key, resonating in harmony with our DNA’s frequencies, it contains multiple health benefits and has been known to emanate peace in the midst of chaos. It also just feels really good!
Coming soon, the first EP “2 Trillion Galaxies” to be released: 3:30.2018
KILONOVA.productions is an alias of Shylo ॐ Love, in association with Sound ॐ Love ❤ Alchemy☿, both managed by HeartSongs Media. All are featured on LoveFire.ca {radio}
Music is Life, Music is Love, Music is Everything!